A project of ReFOCUS partnered with MyCity from Cafe Art in London.

ReFOCUS is in the second year of organizing the MyNew Orleans Photo Project, which focuses on people affected by homelessness and asks them to show the Crescent City from their unique perspectives.

In 2016, working with a network of local homeless service providers and a volunteer team of photographers, the Photo Project provided Fujifilm single-use cameras to 100 people affected by homelessness.  The resulting images from the 68 cameras that were returned revealed slices of everyday life and unique views of the city.   The MyNew Orleans Photo Project produced several gallery shows and a calendar sold over the holiday season, and kept participants engaged with a series of opportunities – from choosing the photos to submit to the calendar contest to being part of the gallery shows to helping with calendar sales at local art markets.

My participation in this project has been amazing. Why? Because I did it sober for the 1st time in over 30 years. I did it through the lenses of a new pair of glasses. I see things differently now. ~Dwayne Norris

2016 Calendar Winners are shown below.   Click on any photo to experience the slide show! 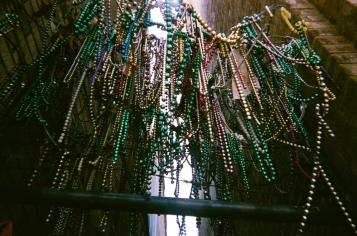 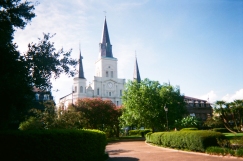 Grateful for the opportunity to explore and show my perspective of new orleans, the city I love so much.  The project helped me capture that moment visiting with my daughter while in treatment.  It will be a forever reminder of where I came from.  ~Cara Hotard

Over a period of months from May until October, the Photo Project engages participants with a series of meetings designed to get them started with photography and encouraging them to look at their resulting images as art and self expression and a way to tell their personal stories. To kick off the project, 100 participants are given disposable cameras along with the training on how to use them. Professional photographers volunteer to provide training on how to set up shots that are impactful and creative.  Over the next few months, the Project stays engaged with participants by assisting them in selecting the photos they wish to submit to the photo contest and display in gallery shows. Participants receive copies of their photos  and are encouraged to bring friends and family to see their photos displayed in the gallery. Finally, their submitted photos go in front of a professional judging panel and the top 14 are selected for the calendar, with another 5 thematic winners.   Winners receive prizes in the form of Walmart or VISA gift cards.   Every participant receives a copy of the calendar as well.

It made me appreciate more so how much I appreciate New Orleans.  When I took my pictures, it was in places that I frequent and I love that dynamic. There is so much to love and be proud of even in everyday life here in  New Orleans.  ~ Thomas