Here at ReFOCUS, we are always searching for ways to connect the photos and stories of our participants with the general public.   We really want the public to get to know our photographers the way we have – because we know that through all the hardship, they are wonderful, hopeful people.   They are endlessly creative, and amazing storytellers.  Some sing us songs, or play instruments.  Many of them turn out to help at our exhibits and art markets.  And they are all on the same mission through the MyNew Orleans Photo Project: to educate others about the causes and consequences of homelessness, as well as what types of programs and aid are effective in helping someone on the streets, and which aren’t – through their personal experiences.

In 2019, we are working with The Umbrella Collaborative and taking the photos back to the streets!   We have built an outdoor exhibit that can be deployed anywhere, indoor or outdoor, so that we can reach a maximum number of people.

Stay tuned for our exhibit schedule!  Here’s what is planned so far – come join us!

Saturday November 2, 6-9 pm — Arts District First Saturday Art Walk – we’ll be under the Firestone sign on the corner of Camp and Julia

TBA – a celebration/reception will happen during New Orleans Hunger & Homelessness Awareness Week, during the week of Nov 16-24 – stay tuned!

You can support the MyNew Orleans Photo Project, including the build of our new exhibits, at our Mightycause fundraiser!

The 2019 contest has concluded, and the photographs for the calendar selected!  We also had 3 themes this year:  Storytelling, Art in Public, and NOLA Culture.  All winners receive prize money: $100 to calendar winners, $75 for theme 1st place, $50 for theme 2nd place, and $25 for theme 3rd place!

Telli Deane’s photo from a busker’s point of view is featured in the 2019 Calendar!

We are excited to announce that our judging panel convened Monday to choose the winners for the 2018 MyNew Orleans Calendar. We recruited a great panel with a range of diverse experience in photography, innovation, and homeless services. We are ecstatic to introduce you to them: 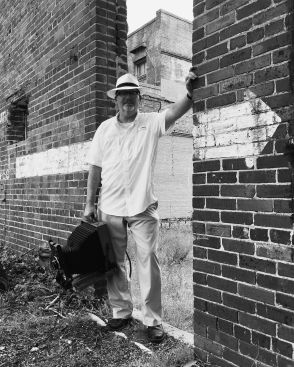 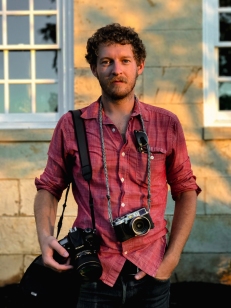 Shawn Fink is a New Orleans based photojournalist. His images and stories have been featured in the New York Times, the Washington Post, VOGUE, Huffington Post, the New Orleans Advocate, Bike EXIF, New Orleans magazine and WHERE New Orleans magazine. He primarily covers general news and environmental issues affecting southern Louisiana as well as New Orleans food and lifestyle. When not working, Shawn is a member of Crescent City Vintage Motorcycle Club and fiddles with old motorcycles that occasionally run. 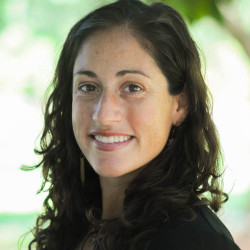 While earning her Master’s in College Student Services Administration at Oregon State University, Lang helped launch the Center for Civic Engagement, where she created the alternative break program and promoted student engagement and activism via experiential service activities throughout Oregon, Washington, and California. Julia’s interest in social innovation and experiential education prompted her to lead students on service-learning semesters in Central America and Southeast Asia, intern with Habitat for Humanity in Sri Lanka, and teach at the University of California-Berkeley’s Civic Leadership Institute. Due to her transformative community engagement experiences, her Master’s thesis focused on the impact of service learning on student global citizenship.

Lang has a B.S. in Human Development from Cornell University, and an M.S. from Oregon State University, where she was awarded the College of Education’s Exemplary Student Award for “Exemplary Leadership of Community Grassroots Organizations.”

started as an intern for ABC’s Good Morning America in New York City.   He’s been a reporter in New Mexico, Texas, California, and came to New Orleans in 2011, where he is part of the WGNO News with a Twist reporting team.  His storytelling style is one of both entertainment and service.

William Jackson and was born and raised in Washington, DC. He moved to New Orleans in 2014, one year after graduating from Grinnell College in Iowa, to work for UNITY of Greater New Orleans via the AmeriCorps VISTA program. Upon completion of his service year, he was hired in early 2015 as a Housing Specialist at UNITY of Greater New Orleans’ Rebuilding Communities Permanent Supportive Housing COC Program. William is also a music producer, Eagle Scout, and a newly converted Saints fan.

A native of New Orleans, Mark is the President/CEO of the New Orleans Tourism Marketing Corporation (NOTMC), the city’s official leisure travel promotion agency responsible for enhancing the local economy and the tourism industry through effective marketing and promotional programs. He is also currently serving as volunteer President/CEO of the 2018 NOLA Foundation, the support arm for the City’s 2018 Tricentennial Commission.

In 2013, Mark also began serving as stadium announcer for the New Orleans Saints at the Mercedes-Benz Superdome. His late father, Jerry served in the same role for 44 years and 446 consecutive games.

Mark serves as Chair of the LTPA, he is also a Board Member of Academy of the Sacred Heart.

B.B. St. Roman grew up in Kentucky, obtained a B.A. degree from Washington University in St. Louis, then moved to New York City in 1969.  There she became a sound recordist for documentary films, leading to 15 years of adventure in over 30 foreign countries. Some of her most memorable and influential life experiences occurred while meeting and filming Mother Teresa, the Dalai Lama, tribal chieftains in Africa and primitive shamans in the Himalayas.  In the early 1980’s, she switched gears and became the road manager for New Orleans musician Dr. John, spending the next 10 years on the road with his band.  Frequent trips to New Orleans during those years convinced her that the French Quarter was the ideal spot to eventually settle down, so she made that move in 1991. The warmth and friendliness of New Orleans led her out into community activity, becoming the coordinator of a Neighborhood Watch group, a founding member of the police-supportive non-profit COPS 8, and the head of the NOPD Citizens Reserve Unit. Noting her dedication to police-community relationships, the NOPD brought her on board officially in 2004 to run their newly-formed Homeless Assistance Unit. B.B. and her 10-passenger police van have spent the last 13 years crisscrossing the city all day long, stopping to assist to homeless people and transporting them to the services most helpful to them.

Hi everyone, my name is Jonathan Ross, from New Orleans, LA. I’m a freelance Photographer and Editing. My goal is to become a filmmaker. I put forward the extra effort to learn the skills and patience to become a Photographer and Editor. I worked on several projects with Mission Media Productions and learned from passionate filmmakers that inspire my passion even more.

Jonathan was a winner of the 2016 MyNew Orleans Photo Contest. His photo was featured in the month of July. 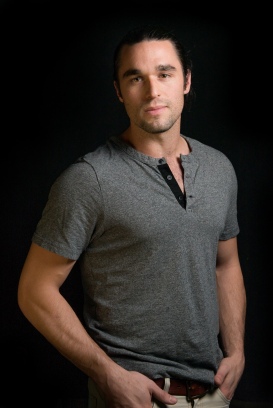 Robert Warren is an artist, educator, and entrepreneur who arrived in New Orleans in 2011 by way of Teach For America. While teaching 9th grade English on the West Bank he completed a Masters in Education before moving into nonprofit as the Director of Program Implementation for Youth Run NOLA. From this seemingly incongruent mix of experiences came Gigsy, a business that produces multi-media content for businesses and also mentors, supplies, and employs the next generation of talented creators. Gigsy is disrupting the photo/video industry while helping break the cycle of youth poverty in New Orleans.

The MyNew Orleans Photo Project has gotten off to a fast start in 2017!  Due to the extreme heat of summer 2016, we decided to kick off our photo handouts much earlier to avoid the worst of the heat, and distributed 98 cameras in May and early June.   By the July 4th holiday, we had received back almost 60 cameras!

While a few more may still trickle in, we also received word that at least 13 cameras had been lost or stolen — something that is not unusual for people experiencing homelessness.  We have heard innumerable stories of lost and stolen possessions, the worst to lose being one’s official ID and other documents, as the process to receive a replacement can be a slow and painful process.

Currently, the Project is in two concurrent stages.

In New Orleans, Heather and volunteers are meeting with participants to review their photos.   In this process, the participants select two photos to have printed 8×10 inches and hung in the gallery show in October.   They also select up to 10 photographs to keep as 4×6 inch prints.  Along with the photos, we interview them about the photos and their own stories, and ask them how they feel about their experience in participating in the Project so far.

Meanwhile, Elisabeth has been recruiting judges for the panel which will convene July 24 at Propeller in New Orleans.  The panel will include representatives from three groups of people.   One group is made up of photography or digital media professionals, the second group is composed of people active in the nonprofit, cultural, and social innovation arenas in New Orleans, and the third are folks who work with people affected by homelessness in some way.   By bringing these groups together to view the photos together and select the very best, we ensure that both photographic quality and impact around the issue of homelessness is incorporated into the final selection.

inue forward over the summer, we will be working to share our progress and our stories with you.   We hope that people in New Orleans take the opportunity to visit the exhibit of calendar winners from 2016 at the New Orleans Public Library downtown at 219 Loyola Avenue.

Please support us and help spread the word about this unique Project by Liking our Facebook page, by Sharing this blog post, and by Following our blog using the button below!

Our blog will feature upcoming events, artwork from past years’ participants and their stories.

This is your very first post. Click the Edit link to modify or delete it, or start a new post. If you like, use this post to tell readers why you started this blog and what you plan to do with it.